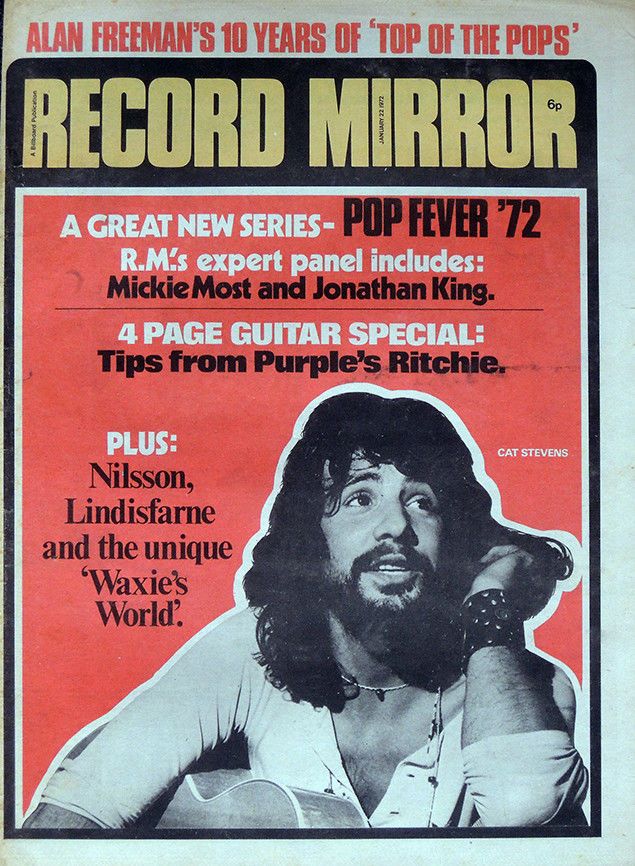 Long ago and far away when Hyde park was just a flower pot and underground meant the Bakerloo line to me I was given to lurching around England in my capacity as a musical trade paper journalist with a group called The Animals.

They were at the time a new breed on the rock and roll front because their appeal was basically a masculine ‘Let’s loon man,’ rather than the current vogue of ‘Scream along with me,’ which the four mop tops and wicked Mick and his band of renown projected at that time.

The Animals were, of course, natives of Newcastle – Geordies – a species which I subsequently discovered at the risk of sounding maudlin are the salt of the earth – crude, crass and obstinate they are also generally speaking the most honest, kind-hearted, perceptive and down to earth people in Britain – I happened to be born in London for the record!

All of which might seem a bloody funny way to start an article about Lindisfarne but then they are Geordies and somehow they seem to capture the feeling of their people and their city better than anyone I have ever heard.

I’ve always felt that if you could somehow bottle that particular Tyneside spirit it would market internationally. It has been, it will be – and if you have not bought Fog On The Tyne do so – my album of the year.

Quite recently I spoke to their mandolin player Ray Jackson who got to be Jacka after the second Newcastle brown ale we downed. “I don’t write, sorry about that,” but is highly prevalent in their sound and significantly was used by Long John on his excellent It Ain’t Easy album and Rod Stewart’s Every Picture Tells A Story.

Just how important does Jacka feel that Newcastle spirit is to Newcastle?

“Obviously it’s very important. Just over a year a go we were in a band called Brethren playing the same kind of boring R&B material as every other so called progressive band – long boring guitar solos and the volume turned up to cover any musical defects.
“In the January of 1970 we all put our heads together and realised it was no good going on unless we began to play something we believed in and that was the beginning of what became Lindisfarne.

“It was also about that time that Alan Hull joined the group and his bias towards folk music and our own preference for acoustic numbers brought about the change of direction.”

“We started to rely more heavily on our own compositions – anything we felt was us and the result was people started looking less bored and began to get genuinely enthusiastic about our music and our background. We were going to keep the name Brethren but after we got our recording contract with Charisma Records, Tony Stratton Smith discovered there was a successful American group working under the same name.  We chose the name Lindisfarne after the small tidal island off Newcastle – it’s completely cut off at high tide, consequently the pubs stay open all day without fear of police action.

We cling quite tightly to our ties with Newcastle because it’s a common bond and keeps us together. I think every northern group slightly resents the fact that you have to come to London to get recognised. Keeping our Geordie identities within the music is our own way of refusing to sell out – the hype machine won’t get us.

We try to carry our home town feeling with us. We’re enjoying it the more now because it is the real us and managing to convey that enjoyment to others means they want to join in. It’s that basic human being stuff like ‘Have a drink on me’, which gives people a sense of joining in – sometimes they do.

We’ve got this kind of football team following now in some places which can be a bit embarrassing when they want the rowdy numbers like Fog On The Tyne but it’s flattering to think they feel emotionally involved with us now to that extent.

In a sense it is the final reward to see people get up and clap and singing because I know it is what I wanted to do when I was 14 or 15 – I liked The Animals too y’know. They were the best in their time. We nearly signed up with John Steel and Chas at one time before we found Strat – mind you no one could have done more for us than he has done!

Jacka’s early inspirations were Woody Guthrie and The Dillards although he claims The Beatles ‘were our light’ especially with regard to the early Beatles music Like Norwegian Wood.

They wrote so many songs it was so easy to share in what they were doing,” said Jacka. “We try to keep the same basic simplicity and honesty in our music.

One of Jacka’s main claims to fame apart from Lindisfarne is that he is the mandolin player Rod Stewart credits on his album, Every Picture Tells A Story. As the man whose name he could not remember!

That came about because I was playing mandolin down at The Marquee one night and Baldry happened ‘Hall boy, what’s that you’re playing?’ y’know how he goes on. Anyway he was impressed enough to ask me to play on his album, It Ain’t Easy – I played on tracks like Black Girl and Rod was producing. He liked my playing and asked me to play on his album.

There are plans afoot to release Lindisfarne’s track Meet Me On The Corner from the Fog On The Tyne album as a single – the result I can assure you will be an instant smash hit but could it work in any way against the band?

“It might,” agreed Ray. “We don’t want to end up like T.Rex but then I don’t think there is much danger of that – it’s an album track after all and not a deliberate sell-out single.”

We wound up convening an unofficial meeting of the Lesley Duncan appreciation society – her album if you have not bought it is worth every penny – and passed a resolution hoping that 1972 should be a record year for the Newcastle Experience.